Initially purchased in 1938 as a winter home and studio for beloved modern architect Frank Lloyd Wright, Taliesin West features his original drafting room, pools and fountains, and a hexagonal-shaped cabaret theater. Set on 620 acres in Scottsdale, Arizona, the infamous structure which was declared a National Historic Landmark in 1982, with terracotta-hued spider-like beams, now serves as the headquarters of The Frank Lloyd Wright Foundation and the Frank Lloyd Wright School of Architecture. To learn more about the buildings and the architect’s life, be sure to book a guided tour. 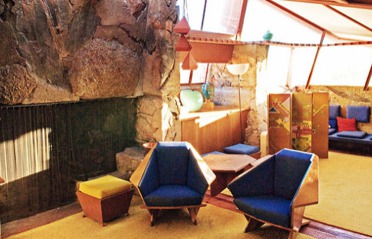