How to Spend 2 Days in Charleston

Browse a Top Travel Destinations list and you’re sure to spot this Southern gem leading the pack, “#1 City in America” (four years in a row), “Top City in the World,” “Best City for Foodies,” “Friendliest City in the U.S.” to name a few.

Pack your bags and see for yourself all there is to love about this charming, coastal, candy-colored city. We teamed up with native Charlestonian Daisy Bainum from Wild Dunes Resort to get a local’s low-down of favorite things to do in Charleston, SC in this insider’s travel guide to South Carolina’s oldest city. Beach or City? Luckily in Charleston, you don’t have to choose. Stay at Wild Dunes Resort on the picturesque Isle of Palms for the best of the beach with the sights and sounds of historic downtown Charleston just a few minutes away.

Lunch by the Beach: When summer rolls in, dine oceanfront at the Grand Pavilion Café or head up the Boardwalk to the Sea Island Grill inside the Boardwalk Inn for Southern fare and seafood specialties served year-round. Working on your tan? Opt for a table on the outdoor terrace or order to one of the poolside cabanas or lounge chairs.

Lunch in the City: You’re never far from a delicious meal served with a side of Southern hospitality in downtown Charleston. For the quintessential taste, venture over to Husk, the top-rated restaurant by James Beard Award-winning chef, Sean Brock who honors the culinary richness of the region in every dish, stating, “If it doesn’t come from the South, it’s not coming through the door.” For something more off the beaten path, check out the hip, bohemian spot, Dell’z Uptown, serving up vegan and vegetarian picks with a healthy twist.

Dinner: Hop in a pedicab (cross that off your Charleston bucket list) and head over to Leon’s Oyster Shop - one of the South’s hottest new restaurants. Carrying the name and facade of its former life as an auto shop, Leon’s is your go-to for the local delicacies, oysters - raw, char-grilled or Rockefeller - and mouthwatering fried chicken. Don’t stop there. Clean your palate with a cup or cone of Leon’s delicious Soft Serve (topped off with extra jimmies). Don’t be fooled by its simplicity - there’s a reason this is the only item on their dessert menu…nothing else compares.

After Dinner: Just a few blocks south from Leon’s lies the heart of Charleston’s nightlife, the trendy Upper King Street district. Everything from urban rooftop bars to southern dives electrify this one-mile strip of the peninsula. Sip on champagne or the classics at the intimate cocktail bar, The Belmont. Go early to avoid the “one in, one out” policy and ask for bartender/owner Mickey Moran, known around town as a master of mixology. Beer lovers, head to Closed for Business for a cozy, rustic cabin in the woods vibe with more than 40 taps. For a view of the skyline, go upstairs at Stars Rooftop or The Cocktail Club, then take it to the dance floor at Prohibition or Republic Garden & Lounge. (Image: Mixing it up in Charleston: A Mary Pickford, Prohibition Era Cocktail)

Charleston charms tourists with its horse-drawn carriage tours, but the best way to see the heart of the city (a mere 1.7 miles east to west) is on foot. For a self-guided walking tour, start at the city’s center, Marion Square, home to the Charleston Farmers Market - an excellent first stop on Saturday mornings (April through November). Next, shop your way south on King Street - named one of the “10 Top Shopping Districts in the US” by Forbes Traveler (pro tip: head down adjacent Meeting Street for a less crowded route). Both streets pave your path to the Historic Charleston City Market - one of the nation’s oldest public markets dating back to 1804 - a one-stop shop for time-honored sweet grass baskets, local artisan crafts, souvenirs and southern sweets (pro tip: never turn down a pecan praline sample offered at the market’s multiple candy shops…pure sugary goodness).

Once through the Market, you’ll hit the happening East Bay Street leading you straight to the water. For green space with a view of the Cooper River and the famed cable-stayed Arthur Ravenel Jr. Bridge, the first stop is Waterfront Park. Settle into a rocking swing on the pier, cast a line off the floating dock, or set up a picnic by the marsh near the iconic Pineapple Fountain. Continue your journey with a walk around Charleston’s French Quarter - home to quaint cobblestone streets (pro tip: ladies, if you’re wearing heels - only look, don’t touch), prominent architectural gems like St. Philip's Episcopal Church, one of the most photographed spots in the city, and the historic Dock Street Theatre, noted as America’s first theatre with performances still running today.

To finish your walking tour, cross Broad Street - historic Charleston’s main thoroughfare lined with antique stores, art galleries, a tried-and-true locals bar, law offices, city buildings and the former Revolutionary prison at its end - and explore Charleston’s grandest neighborhood, simply known as “South of Broad.” Take it all in - from the candy-colored Rainbow Row single homes to the majestic waterfront mansions along the Battery and White Point Gardens that look out to Charleston Harbor and Fort Sumter - famed in American history for the first shot of the Civil War.

When the sun goes down, be outside to witness the multitude of color that illuminates the Lowcountry sky and water in a spectacular sunset. See where the locals go to bask in the beauty of the Charleston sunset or follow the pros on a guided Charleston photography tour.

If you’re flying into Charleston, take a peek out the window to see the city’s lifeblood: water, water everywhere - to enjoy at your leisure! With interconnected waterways and barrier islands comes around-the-clock adventure, and Wild Dunes Resort’s Island Adventures makes it easy for you to get out on the water, setting up bookings for private boat rentals, barrier eco-tours, kayak and paddle board excursions, fishing charters, dolphin discovery cruises, para-sailing and more.

Left your sea legs at home? Don’t fret, there’s still plenty of ground for you to cover. Go back in time on a tour of a historic Charleston Plantation like Boone Hall (pro tip: most recognized for its wrought iron gate and driveway of Spanish moss-draped Southern oak trees, this one was featured as the family summer house in the film, The Notebook), Drayton Hall or Middleton Place, or take the kids to the South Carolina Aquarium to get up close and personal with marine life, including the state’s beloved reptile, the loggerhead sea turtle. 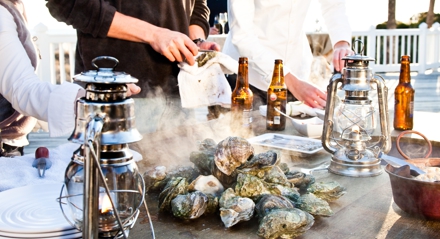 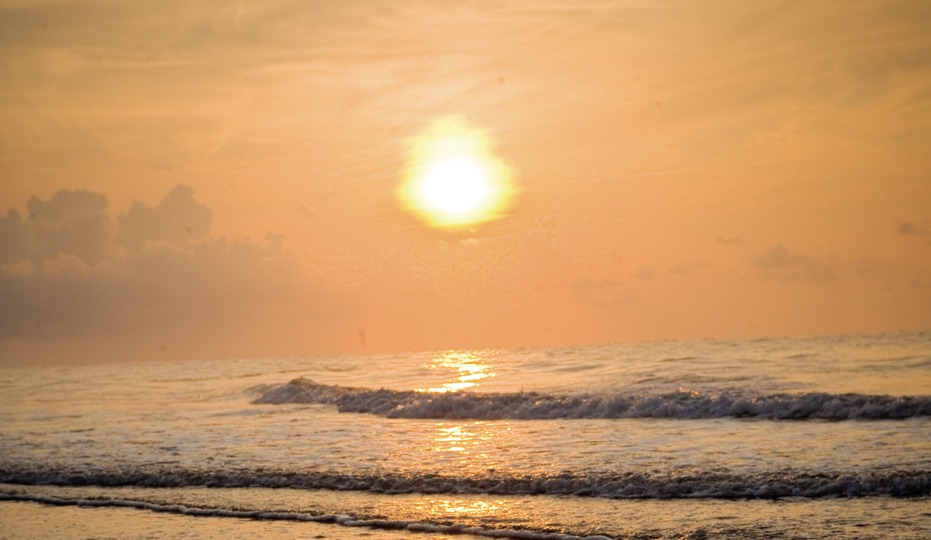