Spend a day at sea (sans the boat) and brush up on marine biology in the Pacific Northwest.

Named for Port Angeles teacher and biologist Art Feiro, the Feiro Marine Life Center was initially envisioned as a teaching laboratory and public aquarium and opened in 1982. Now, the Center in the North Olympic Peninsula features a slew of sea creatures such as sea stars, crabs, scallops, and a massive Pacific octopus in exhibits using local harbor sea water. Tap into your inner biologist with a microscope station for an up-close examination of a crop of different marine specimens, or take a field trip to nearby tide pools including Freshwater Bay, marine preserve Salt Creek Recreation Area, and Clallam Bay. Once there, prepare to be in awe of the little pools dotted with everything from anemones and plankton to sea cucumbers, sand dollars, and urchins. 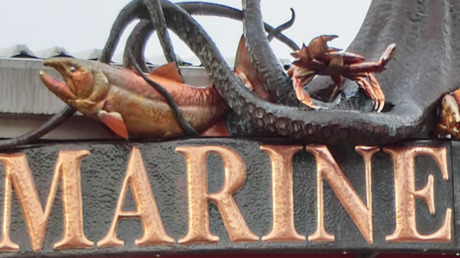