Summon your inner astronaut and aviator at the San Diego Air & Space Museum.

Originally opened in 1963 as the San Diego Aerospace Museum, and later destroyed by fire, the existing museum was later reopened and renamed San Diego Air & Space Museum in 2006. Now, special exhibitions consist of Da Vinci: The Ultimate Innovator with more than 90 machines and artifacts including a hang-glider, helicopter, and robotic drummer, while permanent pieces range from the Apollo IX Command Module and a reproduction of the 1901 Wright Glider. After exploring the exhibits, consider stowing a picnic lunch and relax in nearby Balboa Park. If staying in San Diego overnight, Paradise Point Resort by Destination Hotels is located in Mission Bay, only 15 minutes from the Air and Space Museum. 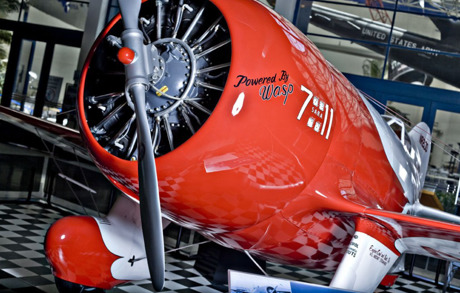